Along the Journey… is a collection of images taken with an iPhone during the normal course of the day.  Inspired from the work of Chase Jarvis and others it is a creative outlet to explore new ideas while using a mobile phone.  Editing of the photos is done “in camera” with an iPhone application keeping to the goal of creativity and composition.

Telephone Poles in the Snow 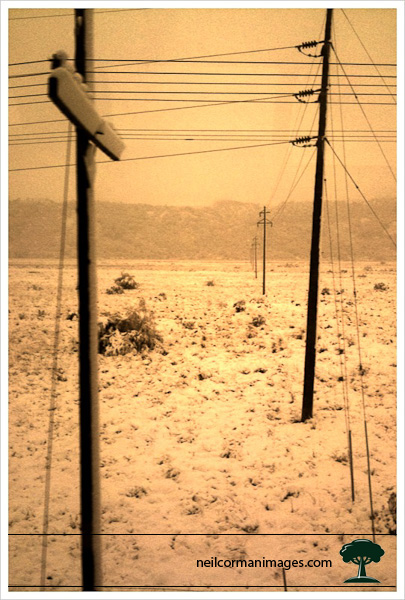 This image was taken while on Amtrak in October 2009, but was posted as a daily picture in December.  Photographing while traveling in a train was quite a challenge.  The key is to be aware of the lag time in your camera as well as what is approaching.  Seeing what is approaching may not be always the same as what is in front of you, but that adds to the challenge.

Railing in the Snow 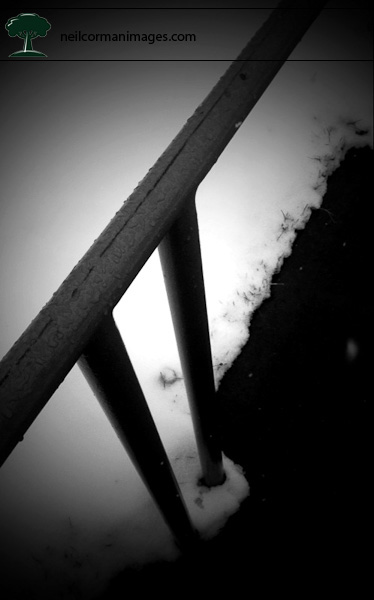 December brought some snow to Denver early in the month.  With the warmer pavement the snow melted quickly, allowing for the contrast of white and dark to stand out especially when adjusting the contrast levels. 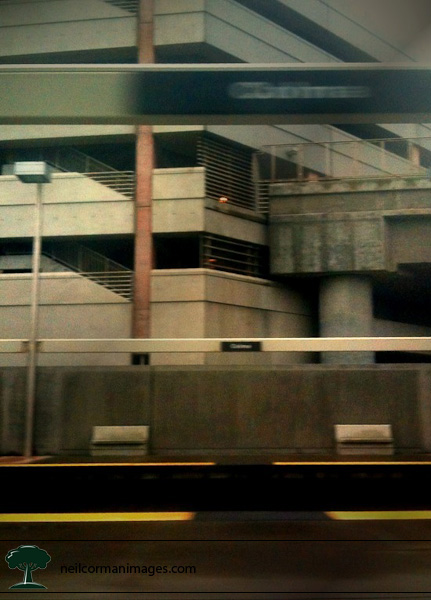 Using what was learned from the Amtrak trip in October, I applied this to a trip to the Bay Area.  Taking BART from the San Francisco airport, I explored some of the same techniques and the sense of motion. 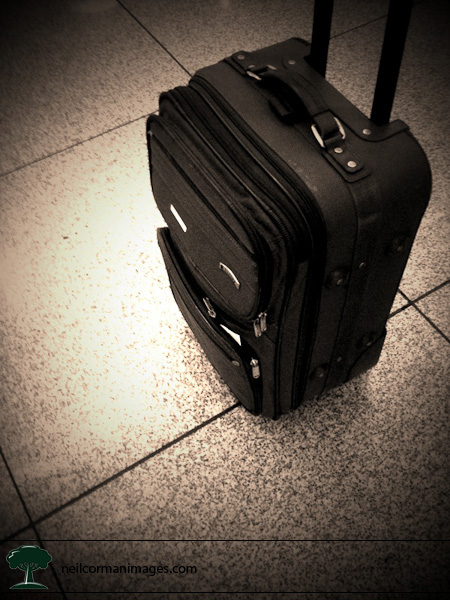 At the airport everyone is waiting in line.  While getting breakfast, this suitcase stood in front of me in line (yes the owner was next to it).  Grabbing a picture of the suitcase on it’s own took a creative angle on my side.  But the goal of getting the suitcase in an open space was achieved.

Walking through the Airport 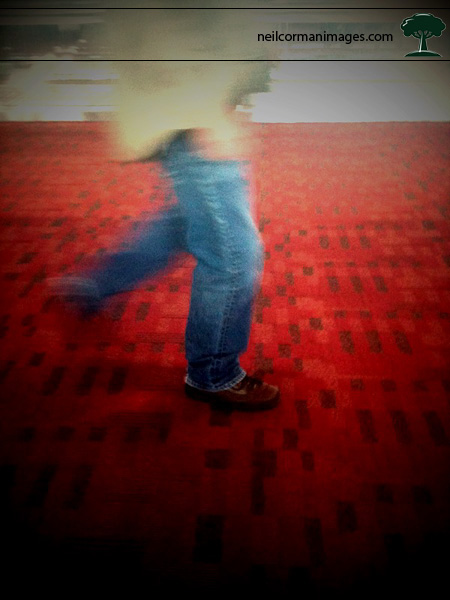 At the airport, everyone is in a state of movement.  While waiting for a flight at the end of November, I noticed that and from my chair tried to grab some of these images.  This idea of people of movement at the airport was inspired by a series of work done by Missoula photographer Bob McGowan.