In October 2009, I went on a road trip with a friend of mine from Sacramento to Denver.  The final leg of the trip was Salt Lake City to Denver which I did on my own via Amtrak.  For 15 hours I was on the rails through some of the most scenic areas in the country.  During that day, Denver received a foot of snow which also fell in some of the mountain areas.  If you are not familiar with weather in Colorado, a large amount of snow along the front range does not always equal a huge snow west of the continental divide.  As I rode the train I took pictures of some of the scenes along the way using my phone as the only method of capturing and processing the images.  To get an idea of the ride and the snow east of the divide, I shot a short video after leaving the Moffat Tunnel which passes through the divide.

The challenge with taking the images on the train is you don’t control the speed of the train and where you will be at a specific time.  Additionally if you don’t have the camera or image capturing device against the window some reflections will show in the image as well, even limiting the subject matter more.  Putting through these external factors, I captured the images below during the ride through the Rockies.

By the time I the train reached Green River, Utah I had given up on napping as day time had joined the trip. 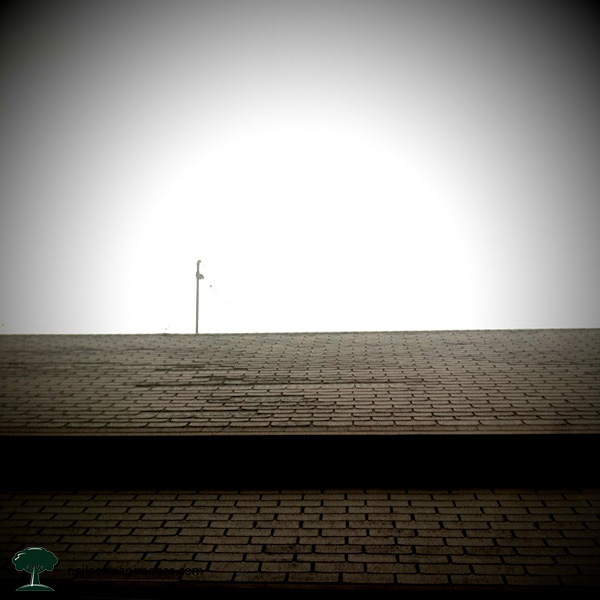 As I approached Grand Junction the snow started showing up in the hills on a wet day. 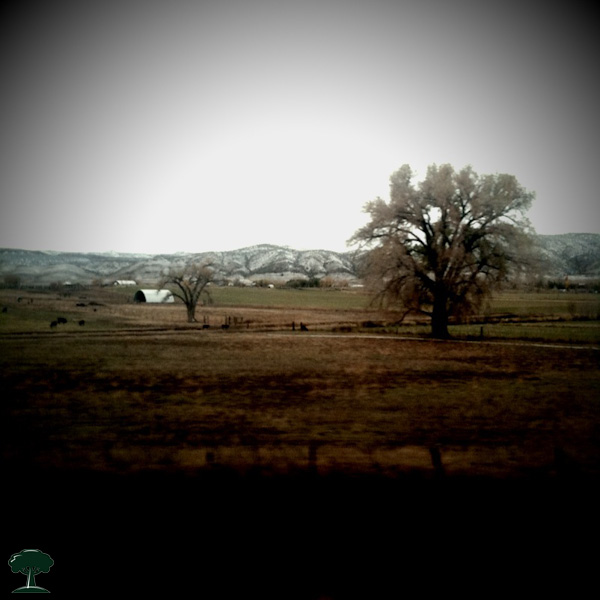 Leaving Grand Junction timing the shutter on the phone so that it would capture a road started became a challenge. 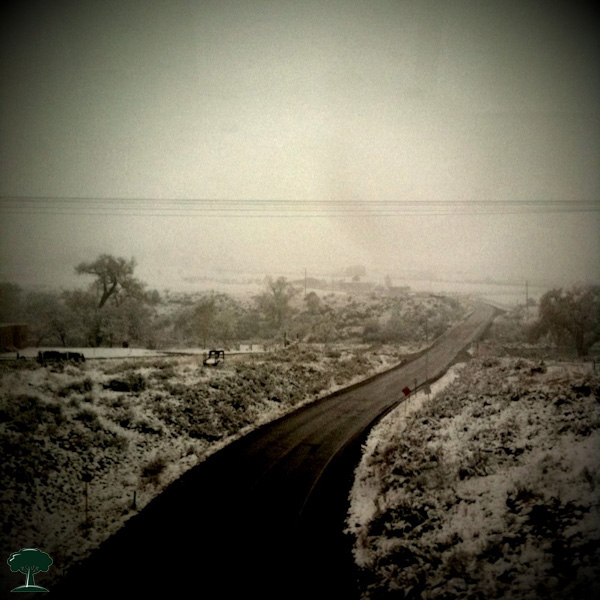 Near almost all of the train tracks I have seen there are power lines, and this line was no different.  Looking ahead while taking pictures allowed me to plan for this image as we continued to move east. 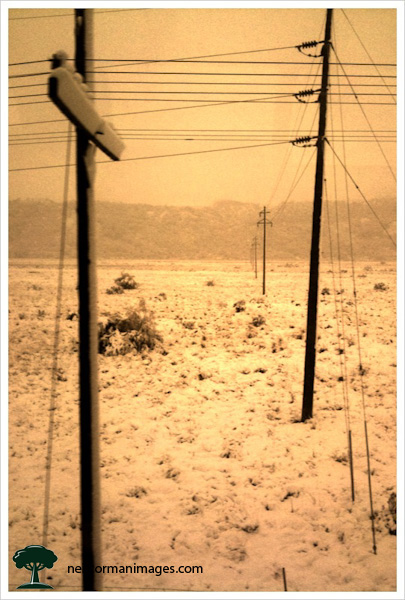 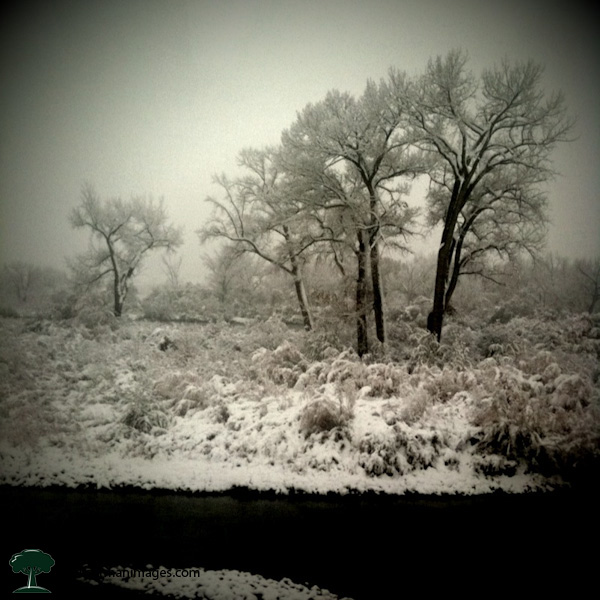 More roads near the tracks. 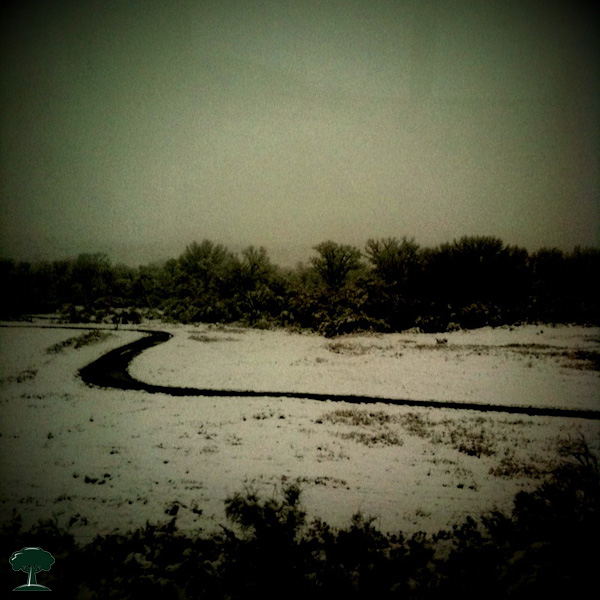 Nearing Glenwood Springs there were still the sign of fall colors in late October. 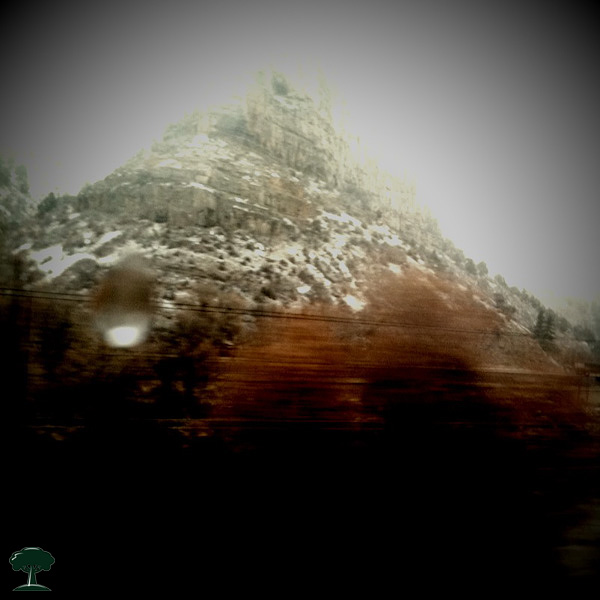 Every so often we would pass rail cars on the side which made a nice scene, if the car could be timed correctly in the frame. 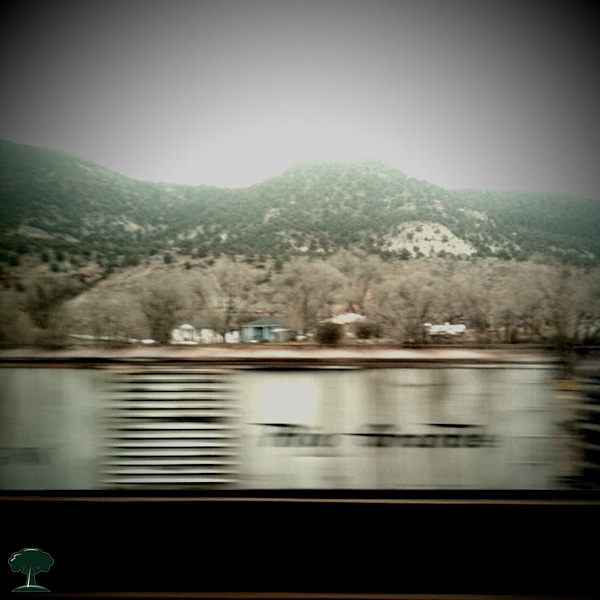 As we progressed towards Denver extra track would appear on occasion allowing me to capture the motion. 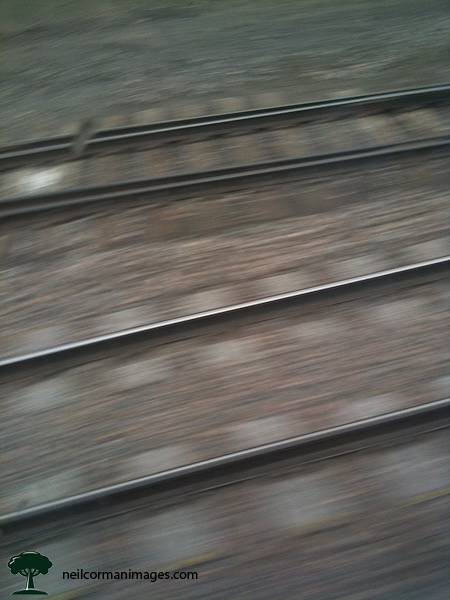 Near Granby the scenery was quite amazing in the late afternoon sun and the hint of snow. 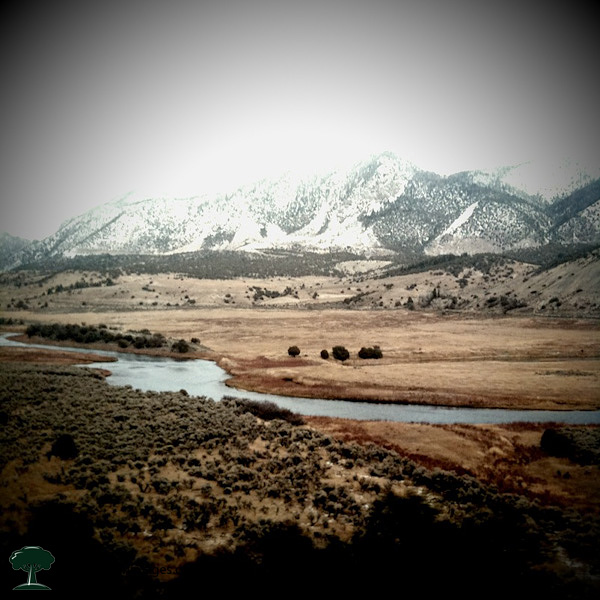 as the train continued along rivers towards the divide. 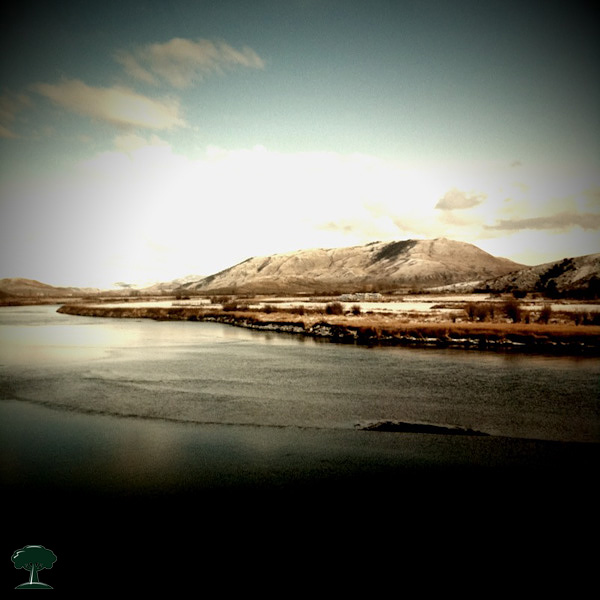 and one more as we passed a bend in the river. 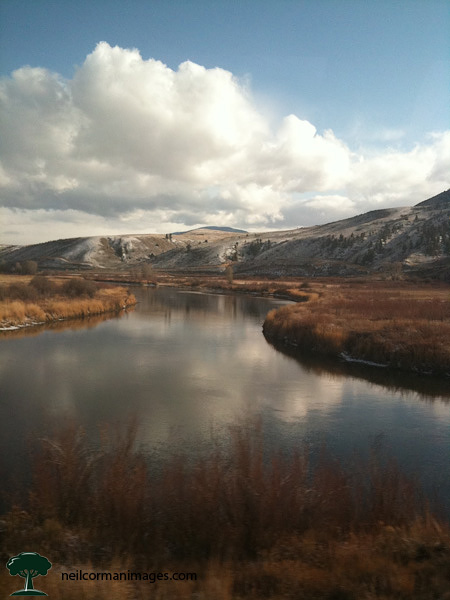 After passing through the tunnel to the east side of the divide, darkness quickly fell and the snowfall amounts increased as well. 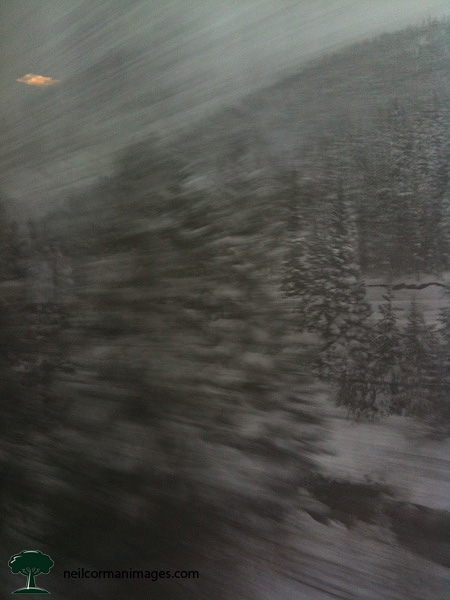 Once in Denver, we waited to back in to Union Station as Denver does not have a through track. 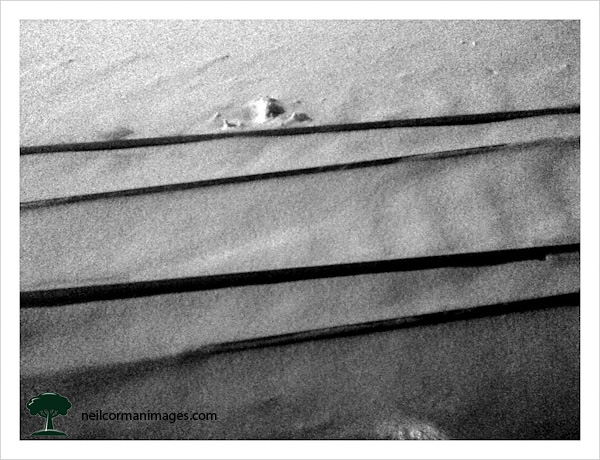 Finally after more than 14 hours on the train, we arrived at Union Station in Denver. 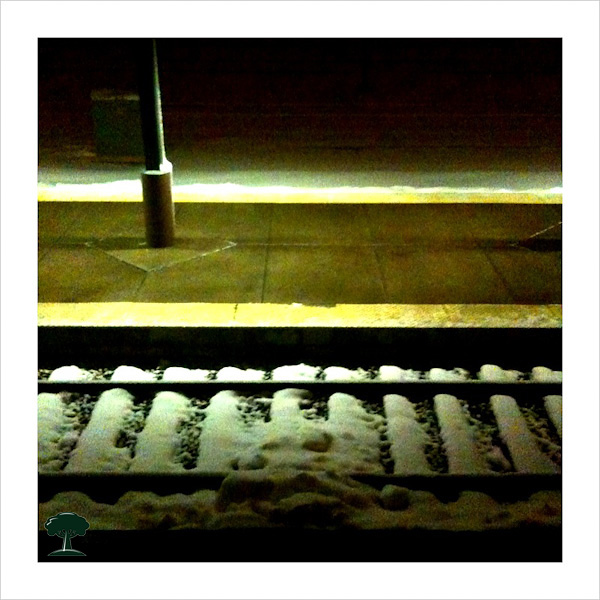 All of these images were taken with my iPhone with some with no editing and others using CameraBag with the iPhone to handle processing.  is there a trip you took where you captured the way on a small camera or phone?