It is the end of the year and time to reflect on the past year. This year I waited until New Year’s Day to select twelve images from the past year which caught my eye while reviewing my work. These photographs are below in no specific order, since they all tell a different story of the location and time captured in the image. 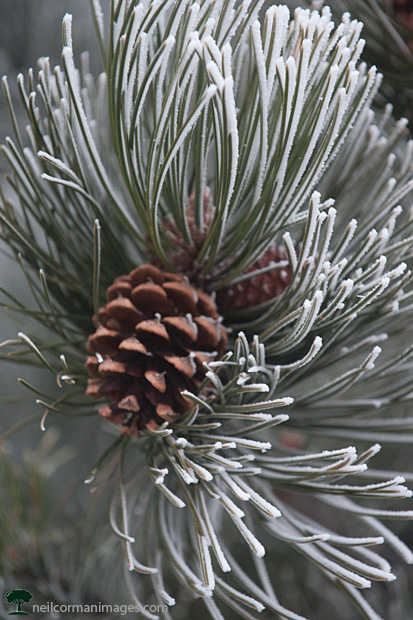 Taken during Thirty Days 2014, I found myself out exploring on the final day of the project. It was a much different day in the Denver on that day with cold temperatures and overcast skies moving in overnight I went looking for an image leading me up Lookout Mountain from Golden.  Quickly I ended up in the fog which was quite thick at times.  Upon reaching Windy Saddle, I stopped to see the view (which there was none) but soon noticed the frost on the trees in the area. Grabbing a long lens I photographed a tree nearby on the trail in the dwindling light just prior to sunset today.  With the final day of November here, this is a reminder of winter just being around the corner.

Denver Skyline at Sunrise in November Normally on the first morning of Thirty Days I have been heading out to photograph the sunrise over Denver on the Thirty Days project. As I was in New York City the day prior, I headed out to capture this image today. With Daylight Saving Time ending last night the alarm clock showed an early time which was misleading as I did get the same amount of sleep I would have with the time change occurring.  Upon the arrival at the outlook over the city the colors in the sky were starting to change color quickly as just enough clouds were in the sky for color to be present over Denver.  This image was just prior to sunrise and as I have done in the past I let the buildings go to shadow for the most part in this image on Day 2 of Thirty Days 2014. 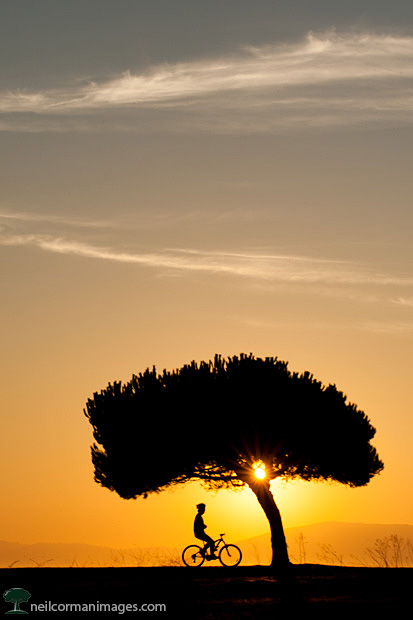 On Day 25 of Thirty Days 2014, I headed out for a little while and experienced a nice sunset on Bay Farm Island in Alameda, California today during a pleasant November day.   This is an area I have visited before and have also enjoyed photographing the trees and the shapes they have become due to the wind along San Francisco Bay.  With the nice day there were plenty of people out jogging and riding their bikes for fun as well as to/from work, with one who happened to pass by as I framed this shot for today.

Storm in Denver from Cheesman Park 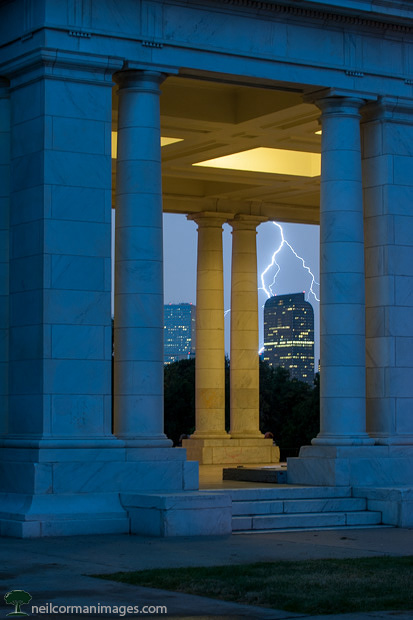 I was photographing downtown Denver from Cheesman Park when a storm moved into the city in early July. From my location I watched as the sky started to light up across Denver and continued to photograph from my location until it was no longer safe to do so.  With a quick shutter I capture many images of the skyline including this one as lightning lit the Denver skyline through the pavilion at Cheesman Park.

Juneau under a Full Moon 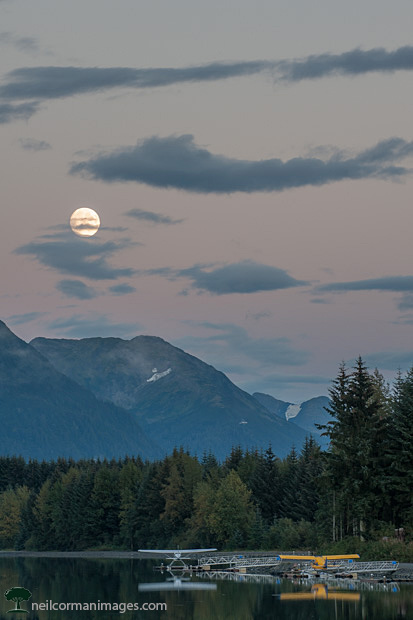 If you have been to Juneau at all you know that it rains in this area of Alaska, yes it is a rainforest. So on an evening where there were clear skies I headed out to photograph, and on this evening I ran into the full moon rising over the mountains. I quickly looked for a foreground element to add for this image and found a pair of floatplanes out at the Juneau International Airport to help frame the image on this September evening. 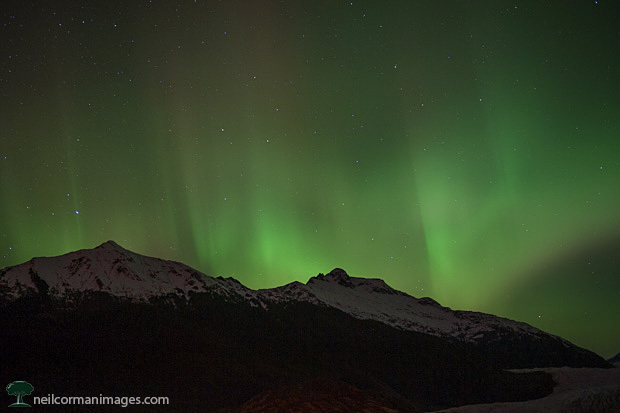 The image for Day 16 of Thirty Days 2014 was taken just after midnight out at Mendenhall Glacier.  The forecast was for some active skies overnight with the Northern Lights and with the clear skies the past few days it was a must to go and check them out.  Just after arriving to the location you could start to see them form in the sky however using a longer exposure they definitely do show up better with the camera.  It was a chilly evening with the clear skies so after spending a little over an hour at the location I headed back to the warmth of the the car and home.  I am hoping on another trip to Juneau to be able to see the Aurora Borealis again.

Boat on a Foggy Day in Juneau 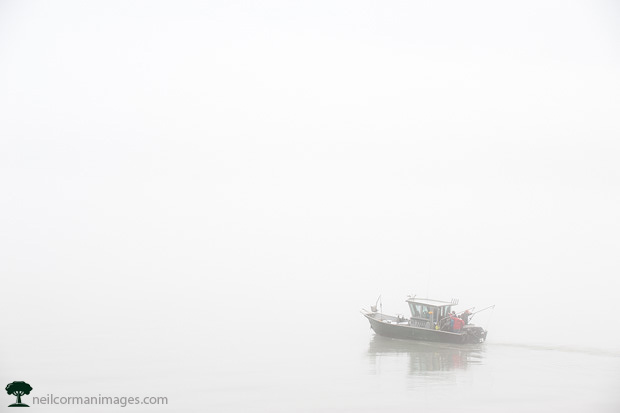 During the summer I was out photographing around Douglas Island when I encountered a boat heading into the fog to go fishing.  This is a color photograph, which if you look carefully you may be able to find a glimpse of some color near the pilothouse.  After taking this image I headed back towards downtown Juneau where the fog was not bad at all which is not uncommon. 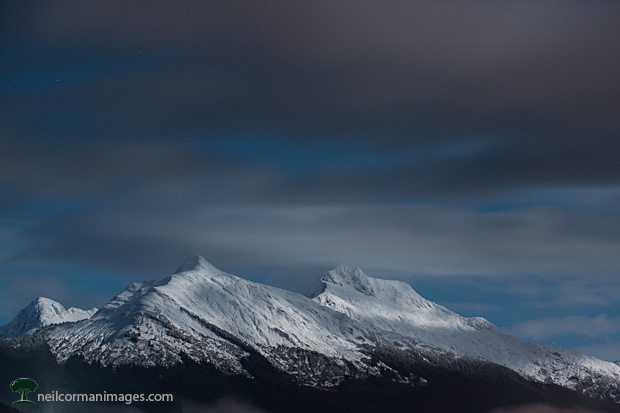 A full moon is always a great time to head out and photograph in the evening.  Heading up to the valley in Juneau I started walking out on the airport trail when I looked behind me and noticed the snow on McGinnis Mountain.  As the clouds moved in front of the mountain I composed an image and waited for some clearer skies.  It didn’t take too long for that to happen as I captured this image for the day. 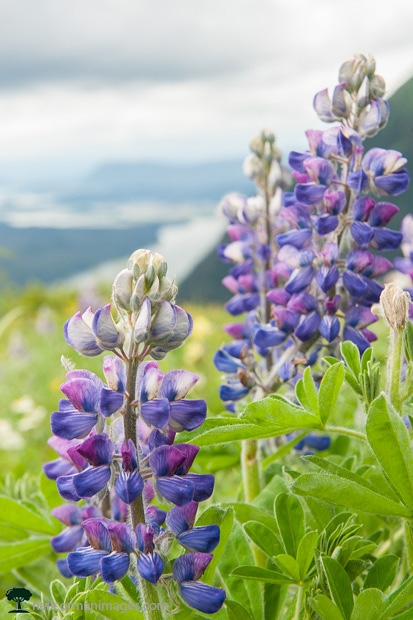 After taking the Mount Roberts Tramway from the city I started to hike towards Gastineau Peak.  With views of the city and surrounding area it was a great view and soon after I came across fields of wildflowers. For this image I found a collection which stood out and provided a view down the Gastineau Channel towards the airport giving the flowers the primary focus but also allowing a sense of place. 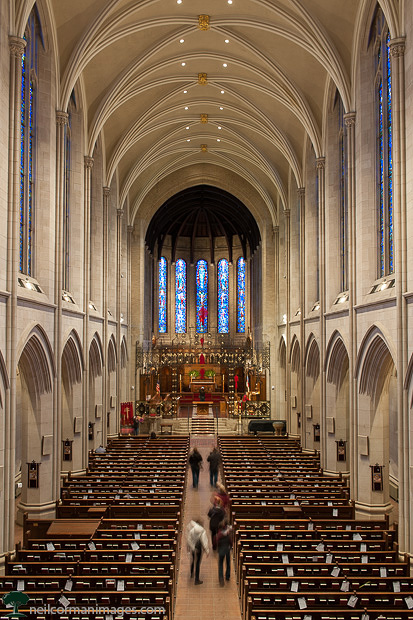 Doors Open Denver gives you access to locations you would not normal be able to view throughout Denver.  One of the last locations I visited during this event was Saint John’s Cathedral just outside of downtown Denver.  The access to the location where this image was taken was through a small stairwell which was pretty much one way traffic, but worth the climb for the different perspective. The current cathedral was built from 1909-1911. 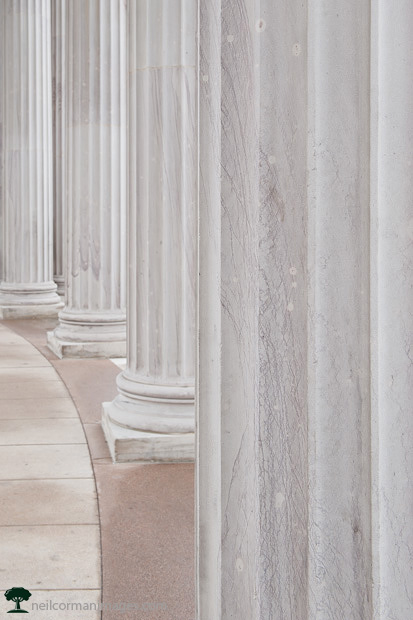 While there is no shortage of locations to photograph in the metro Denver area, it is also nice to revisit locations you have been to before to photograph the same scene in different light or even challenge yourself to find something to have not seen in the past.  The latter is what happened last week while walking through Civic Center Park in the middle of Denver.  After a brief morning snowfall in  the area I was out and about to capture some scenes and became focused on the columns at the north end of the park.  Instead of bringing in the surrounding park, I just kept my camera on the columns and minimize any other distractions out there.

Denver During the Holidays Early in the year snow fell on and off all weekend, which brought me near Larimer Square to photograph.  Looking for an angle of the Daniel and Fisher Tower which is decorated around Christmas I came across a perspective I have not seen before while in the area.  Using some trees in the area as well as the historic buildings in the foreground I zoomed in on the tower just after sunset to capture this image.