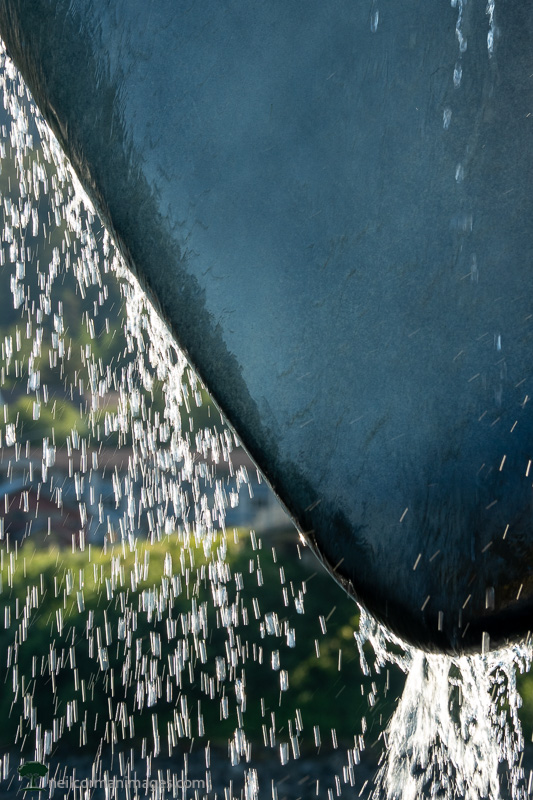 In the past couple of years a new sculpture has been added in Juneau, Alaska. The whale sculpture is not too far from downtown and for those coming to visit by cruise ship could be 0.5 – 1 mile away. Around every 15 minutes the water feature of the sculpture starts which adds the effect the whale is jumping out of the water which is around it in the park. As I photographed around the sculpture, I watched this sequence happen a couple of times and towards the end of the second sequence zoomed into the fin to catch the water which was dripping down and off the fin. Initially I used a small aperture which gave more motion in the water. About halfway through I changed to a larger aperture which results in a faster shutter speed and less motion in the water but puts the background out of focus. With the backlit sculpture this time of day I opted for the shorter shutter speed which is this image.

Prints: Water on a Whale Sculpture