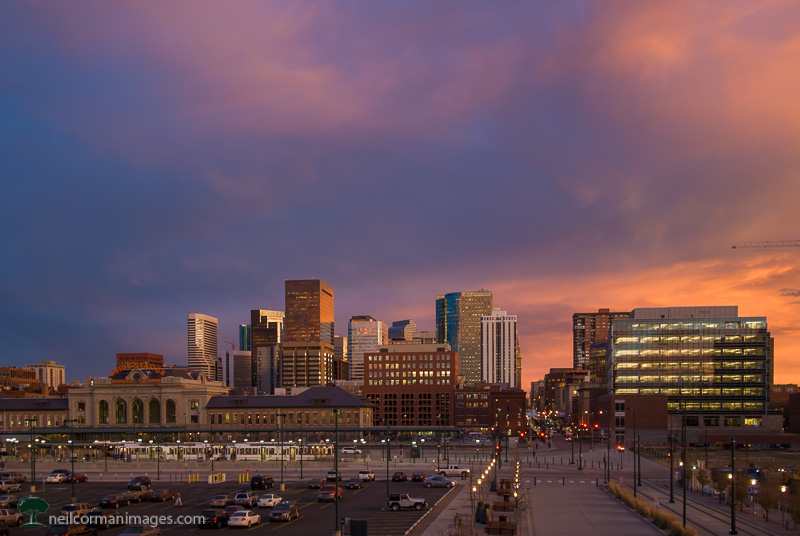 In December 2007 I was at the Millennium Bridge along 16th Street in Denver to capture the skyline at sunset. Almost 12 years later I went to the same spot on the bridge and it is quite a different view. 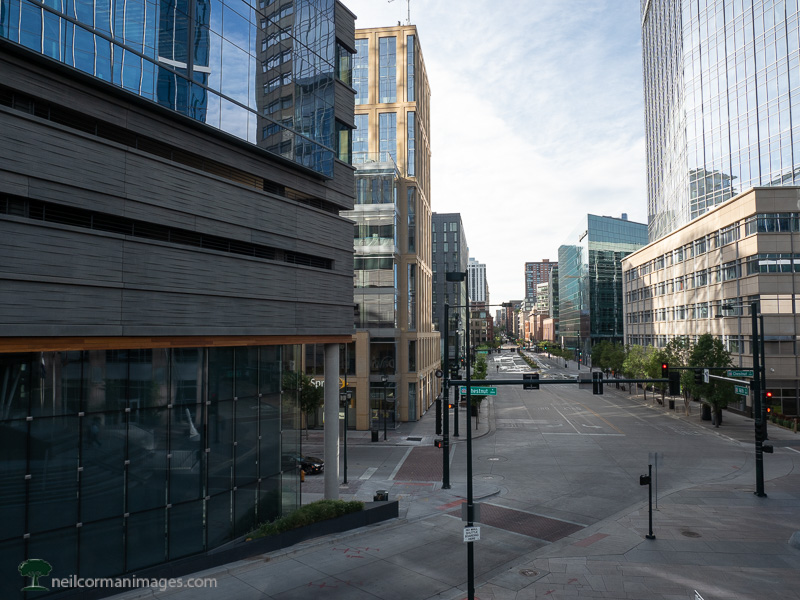 Along 16th Street there are two buildings which are visible in both images, the Barclay Towers (White high rise condo building) and Larimer Place Condos (Red high rise condo building to the right of the Barclay). The majority of the buildings which now make up the view were built in the past five years and are a mix of office space, hotels and apartments. The building closest on the left is 16 Chestnut which opened in 2018 and is sometimes referred to as Davita Tower II. Davita does have a fair amount of space on this building and also their logo on the building, but their are other tenants. Lastly in the original image you can see the light rail tracks heading along 16th Street and then the station near Union Station. This was relocated to its current location a couple years after this image was taken as one of the first components of the Union Station redevelopment project.