On a Snowy May Day (May 1st) in 2008 I first visited Washington Park in Denver to photograph the spring snow which was falling in the city. As I walked through the park I came across a tree which had an interesting angle of growth over the Smith Lake. 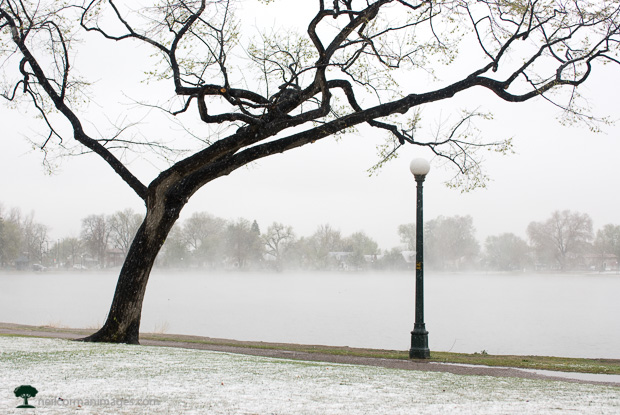 The response to this initial was extremely positive and the feedback I received pointed out that many thought it was black and white at first until looking deeper into the image.

Around nine months later I went back to photograph once again, however this time on a snowy morning. With the fresh snow I photographed this initial image and also tried a new angle. Over the course of 8 months there was not much change at the location.

Over the course of the years after taking these images I have been park to this location countless time photographing the tree in Washington Park over various seasons.

Recently I visited the park on a similar day to photograph the tree once again. Over the years the scene has not change for the most part. 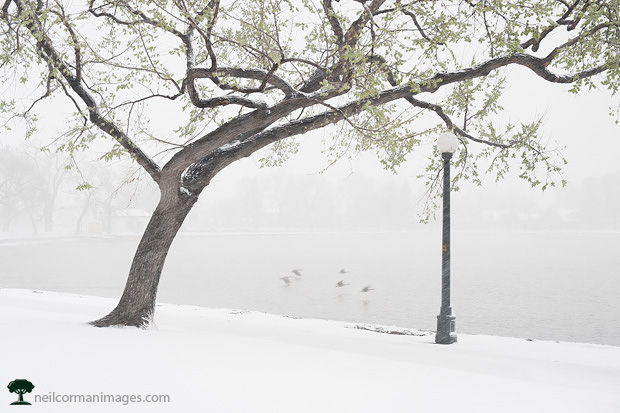 The most telling change from the growth of the tree I can tell is the location of the light. For the first few years I was able to place this in the same location in the frame quite easily. As the tree has grown it has become more challenging to do so, which has also blending in the two elements.

I will continue to photograph at this location as I have been doing so for over ten years, but will also continue to look for new locations at the park as well.