In the summer of 2012 I took this image of the Dancers at the Denver Performing Arts Center (DPCA). Using the shrubs along Speer for the foreground I liked having nature profound in the image as it led into the city. 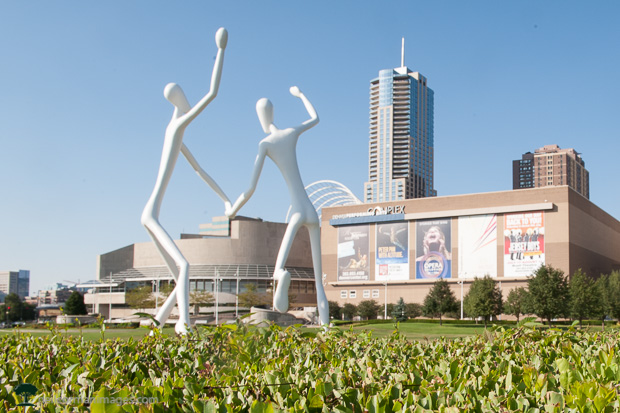 Returning to the same spot seven years later shows a couple of changes in the Denver skyline. 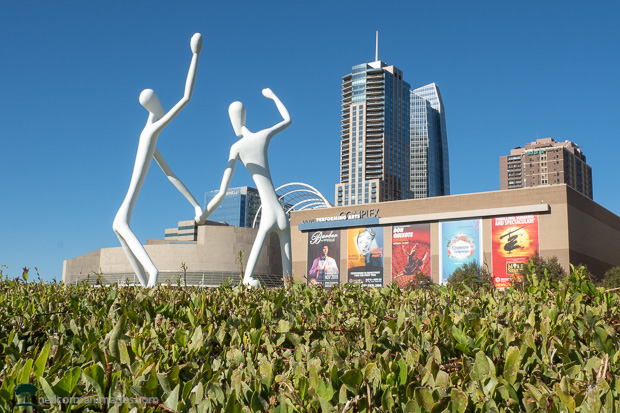 The most noticeable change in the skyline is the 1144 15th building which is behind the Four Season in this image. Additionally the 1401 Lawrence building (Polsinelli Building) can be seen through the Dancers from this view. The main reason there is not a lot of growth shown in this image is the direction in which it was taken. There are height restrictions in the Lower Downtown area of Denver which is beyond the DPCA in this image and the Union Station area is too far in this distance with this perspective. If I had taken the initial image a little more to the right, the dynamic of the skyline change would be more profound.