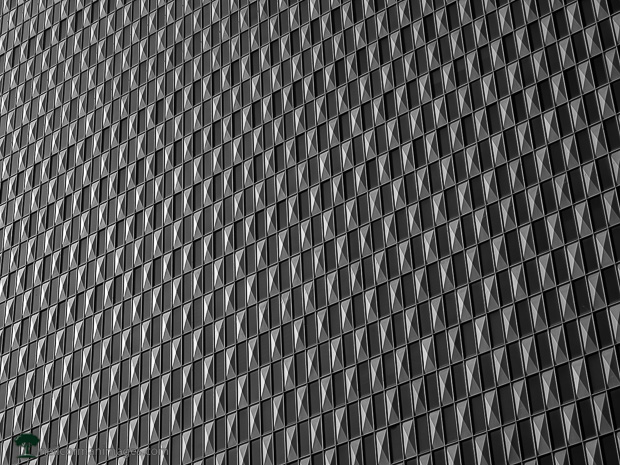 This is the facade of the Richard Boiling Federal Building in Kansas City, Missouri. When capturing the texture of the facade by just itself you start to lose the fact this is a building. From a distance I noticed this building and ended up walking to the Government area of downtown. The light in the later part of the afternoon started to give some shadows in some areas but it was the repeating pattern and lines which drew me into photographing the building. The scale is also thrown off on this building as these are each line is not a floor on this eighteen story building. The aluminum, glass and granite building was completed in 1965.