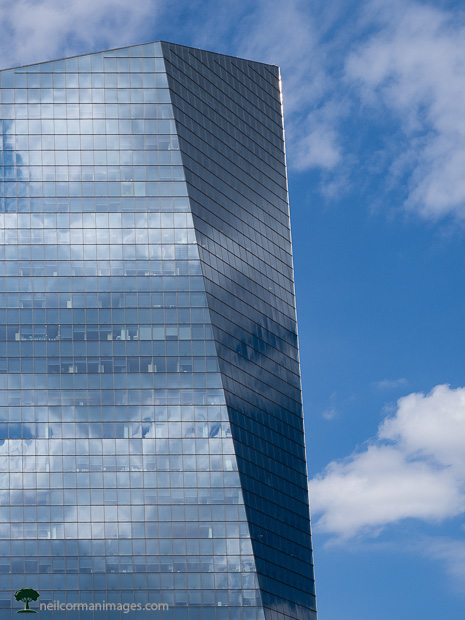 The history of Philadelphia is quite extensive as the founding of the county. In the downtown area you can quickly transition from the old city and Independence Hall as well as the Liberty Bell. But not too far away is the growth of the modern city as well. On a late summer day while visiting I made this transition from old to new over the course of a day. The Cira Centre which completed in 2005 is built over the train tracks which feed into 30th Street Station. On this day the glass reflection allowed the sky to continue through the scene with the one exception of the slanted side giving it a break in flow.