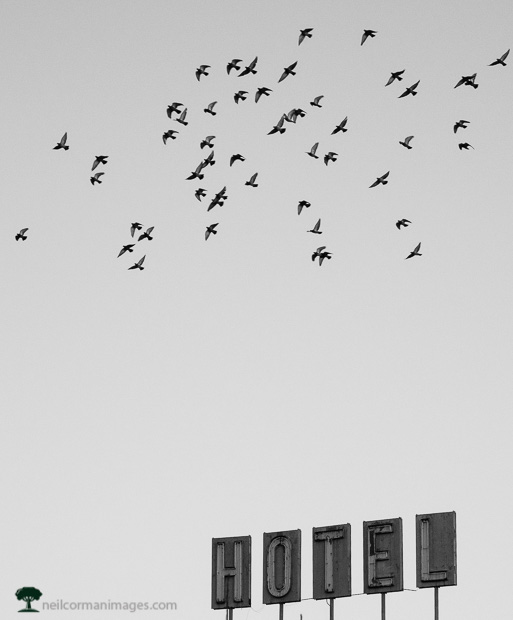 As I waited for sunrise over Denver, I looked behind me and noticed a flock of birds circling over the hotel near Speer and Zuni. With the texture of the hotel sign I was able to quickly captured this point where they were right over the building making the rounds. Over the course of the next minute the flock started to get smaller and smaller, most likely from the quick frantic dawn flying taking place. 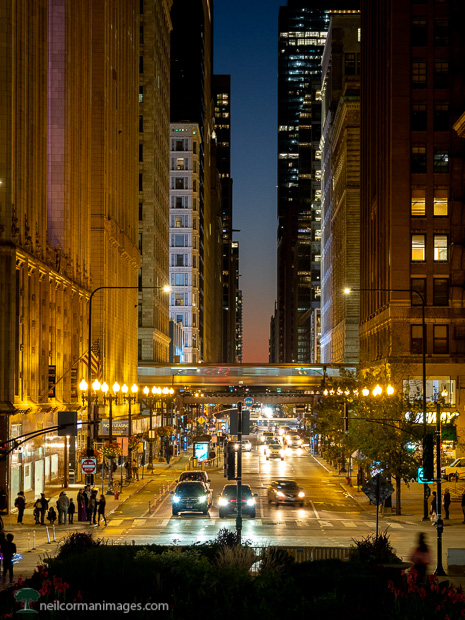 As the end of the day transitions into evening in Chicago the bustle of the city continues. From Grant Park, I look west on Washington Street to capture the last bit of color in the sky as a CTA train rushes over the street. Even during the pandemic there is activity in Chicago on a Sunday evening in the city. 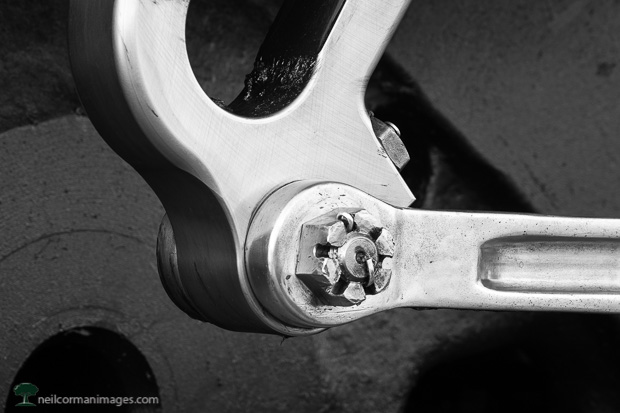 You could probably spend at least a day photographing all of the details of Union Pacific’s Big Boy 4014. It is not just the large amount of details in the machinery, but capturing them from different angles and light also changes the look of this giant steam engine. While making my way through the crowd to try and capture some of the details I found myself in a spot near where the chrome was being cleaned from the long run of the day before from Kansas to Denver. As I moved a little my location let me capture the contrast between the chrome and the black of the engine behind. 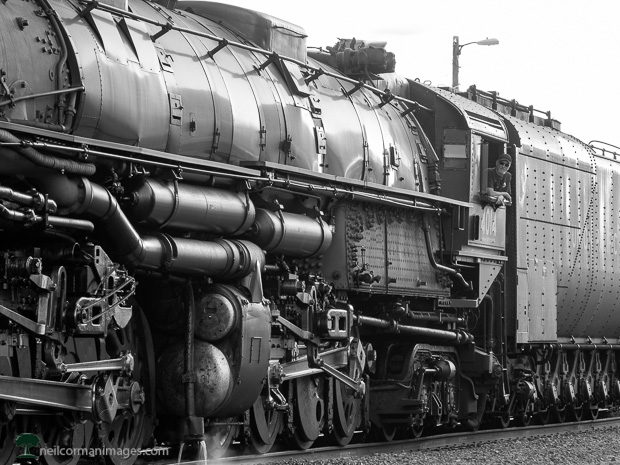 As Big Boy 4014 made the final maneuvers to get situated at the Union Pacific yard in Denver, I found some time to capture the steam engine. It isn’t until you are close to the train that you realize the size of the engine. Even being back from the engine it was hard to get the whole engine in the image from this vantage point. As the day was starting to get to the end of the day, the light helped showcase all of the visible rivets and joints which have been careful put together and in the past eight years also restored to back this engine operational once again. 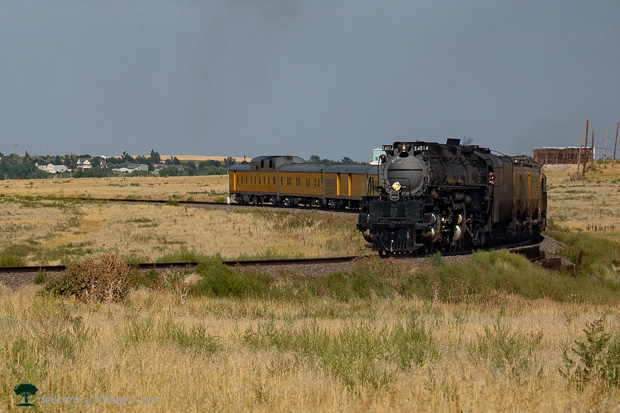 Just after Labor Day, Union Pacific Big Boy 4014 made the journey into Denver. For just over a month the Union Pacific Heritage Steam Engine did a trip on the eastern rails of the Union Pacific network. From Cheyenne east and eventually New Orleans, Denver was one of the final stops on the 2021 tour. I found a spot along a slight curve to watch the giant steam engine quick make a pass by the location as it headed to the Denver Union Station area.

There were twenty-five Big Boy engine made for Union Pacific. At 132 feet long they are the largest engines and are hinged in the middle to help them make curves. Big Boy 4014 was retired and in 2013 Union Pacific reacquired the engine from a museum for restoration which took six years to complete.