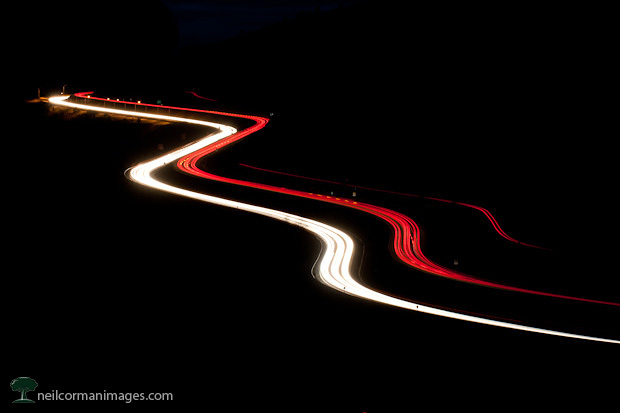 The first part of last week I headed up to Dinosaur Ridge to scout and take some images of a scene I first noticed a few years ago.  The clouds were starting to move in so I wasn’t sure if the weather would cooperate however you never know unless you are there.  Once I found the location again I searched nearby for better areas and set-up my tripod be aware of small cactus in the area as well.  As the sun set over the mountains I worked on some long exposures including the one in this post, leaving me better prepared as I head back to the area this spring. 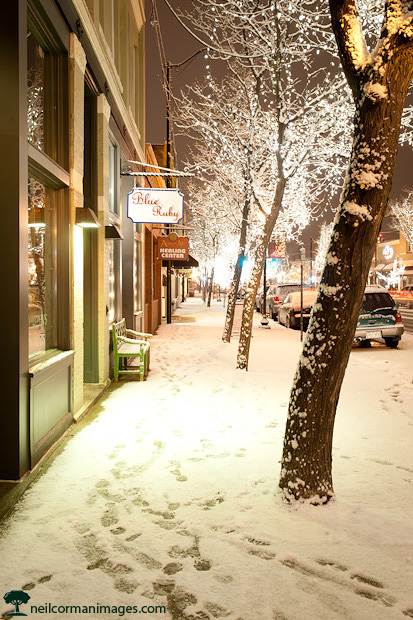 Just before Christmas a sizable snow storm moved through the front range of Colorado.  As the snow started to fall I decided to head out and photograph in an area I had not been during a storm which was downtown Littleton Colorado.  The above image was taken as I arrived in the area, and after spending a little more than an hour in the snow I left with a few inches more of snow on the ground as it picked up intensity during the time I was there.  This made for an interesting drive home, but it was all worth it being out in the conditions taking pictures. 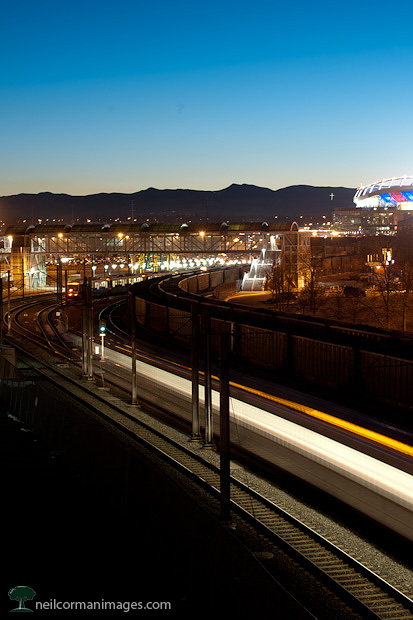 Last week I showed a recent image of the sun setting over Sports Authority Field at Mile High.  This week the recent image is also from the same location, during the same football game where the Broncos lost to the New England Patriots.  After the sun set I continue to photograph dusk in the Denver area.  In my location I knew the light rail train would be passing by every 10 to 15 minutes and this was going to be my concentration at this time as I wanted to capture the motion.  As the evening progressed, the new lights at the stadium started to illuminate as well in addition to the cross located on Mount Lindo in the foothills. You may know much of the discussion around the Denver Broncos this year has been faith and the location of the cross from my position helped tie these two together. 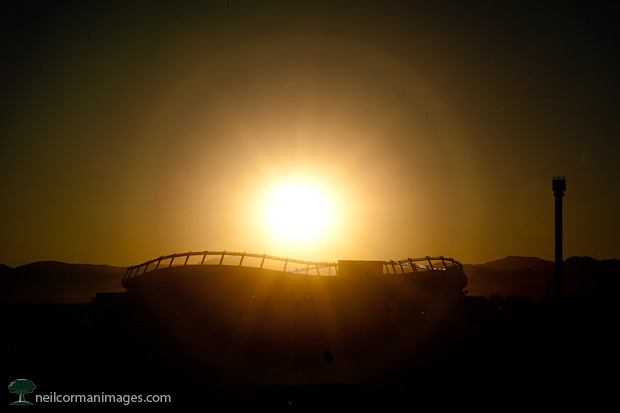 About a month ago, I was out photographing while the Denver Broncos were playing the New England Patriots at Sports Authority Field at Mile High.  As the sun began to set over the rocky mountains, from my location it set right over the stadium.  This was a shot I had planned ahead of time, as I thought the wave of the stadium lighting would be interesting with the sun positioned over the stadium.  While the Broncos did not win this game against the Patriots, they will play them once again this weekend in New England. 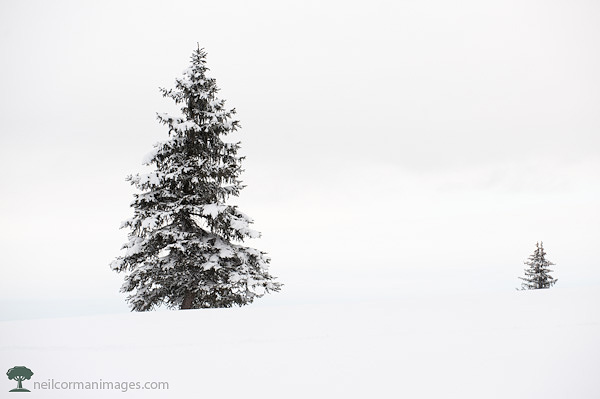 Just before Christmas almost twelve inches of snow fell in the Denver area.  As the snow was ending I headed out and photographed around town.  The last stop I made was at Willis Case Golf Course in northwest Denver.  The area was filled with people sledding on the fresh snow, and as I made my way out on the golf course I looked for fresh snow and trees to photograph.  From a distance I spotted a tree which looked interesting in it’s location and when I got there found the fresh snow surrounding the area which I photographed and created the image for today.