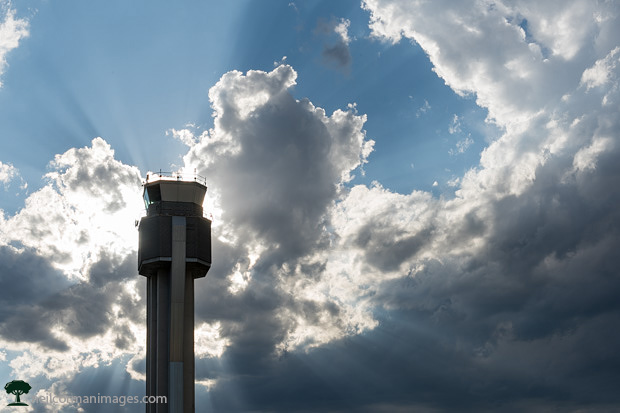 This past weekend I headed out to the Stapleton area of Denver to photograph.  This is not an area I have spent much time in photographing in the past and if you have not been to Denver in twenty years you will be surprised at the changes since the airport closed down. The one piece of the airport which everyone notices is the old control tower.  There has been many plans for this building over the years, however it still remains unused.  As the sun was setting in Denver I positioned myself to get the sun behind the cab of the building and allowed the rays of the sun to fill from the top as clouds began to move in for the evening.

There is much to photograph around Union Station in the lower downtown area of Denver. A couple of months ago I went there looking for something a little different to capture than I have in the past. As I walked around the columns on the far side got my attention and I quickly found an angle which would give an endless look of this columns which hold up the canopy at the newly remodeled train station. 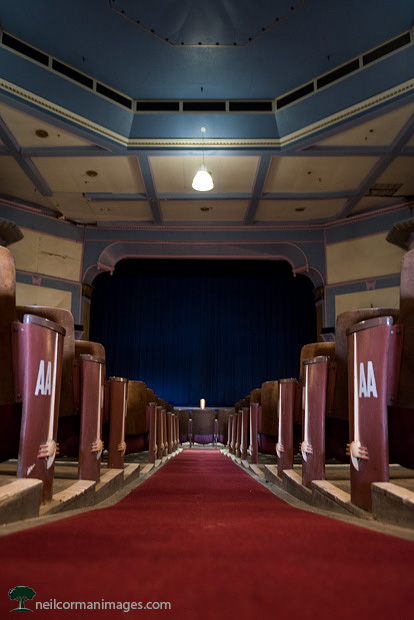 This past weekend was the annual Doors Open Denver event. One of the places I visited during this event was Elitch Theater in northwest Denver. Built in 1890 it was the centerpiece of the first zoo west of Chicago. The theater served as the first and oldest summer stock venue in America from 1893 to the mid 1960’s. Over the years the area around the theater has changed from a zoo, to an amusement park and now a residential area.  Work is being done currently to restore the theater and great strides have been made since the amusement park closed in the early 90’s.  Some of the performers who have appeared at the theater include Cecil B. DeMille, Patty Duke, Grace Kelly, William Shatner and many more. 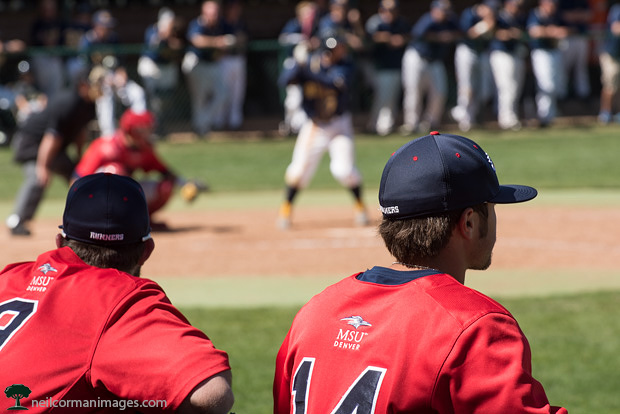 Spring is here and so is baseball in the Mile High City. The Colorado Rockies had their home opener last week, however college baseball has been playing along the front range for almost a couple of months. This image was taken during a game between Metro State and Regis University. The son of a friend plays at Regis and as I was watching a game with him I captured some images of his son and also during the game itself.  This image was using a shallow depth of field to get an image through the dugout area with the batter a little out of focus. 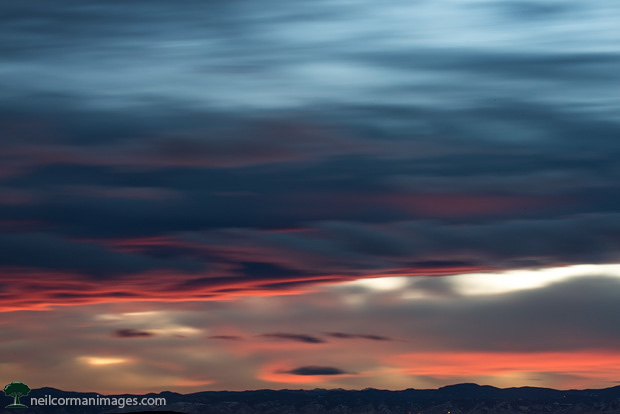 While out photographing near the airport recently I noticed the colors at sunset.  I directed my camera to the line of the Rocky Mountains and went with a thirty second exposure to see the motion of the clouds at the day came to a close on a warm winter evening. Using the mountains as a base object it allowed the rest of the sky to move in an abstract form.