Nikon has announced the new D90 which will be available this fall.  Targeted for advanced amateurs it has some features which are quite interesting and could possibly find applications for professionals as well.  One of the new items is D-Movie, which enables users to shoot 24fps movies at 720p as well as still photographs with the camera.  Some of the other items in the camera come from the D300 which was announced a year ago at this time.

Prior to the announced released Chase Jarvis and his crew had the opportunity to experiment with the D90 in a field test, and the link below shows a video of their experience as well as some of the images.

This weekend is the Rocky Mountain Balloon Festival at Chatfield State Park southwest of Denver.  You may recall in February I headed north for the Loveland Sweetheart Balloon Rally , and I am hoping to make it down to Chatfield on either Saturday evening and/or Sunday morning.

If you are unable to make this event, you may want to check out the Colorado Balloon Classic Labor Day weekend in Colorado Springs.

The Democratic National Convention starts Monday here in Denver. For the past couple of months they have been transforming the Pepsi Center for the event, and today there was a community open house allowing members of the public to see the changes. There are workers there still finishing the final touches and hooking up the last minute items. Media outlets as well are still preparing their skybox sets with views of the arena. 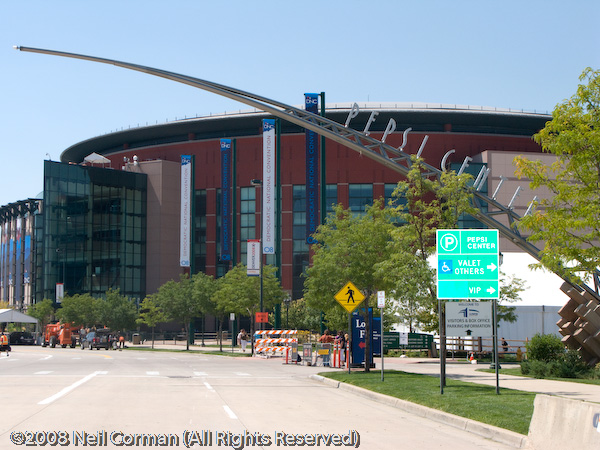 The arena and testing of the video walls 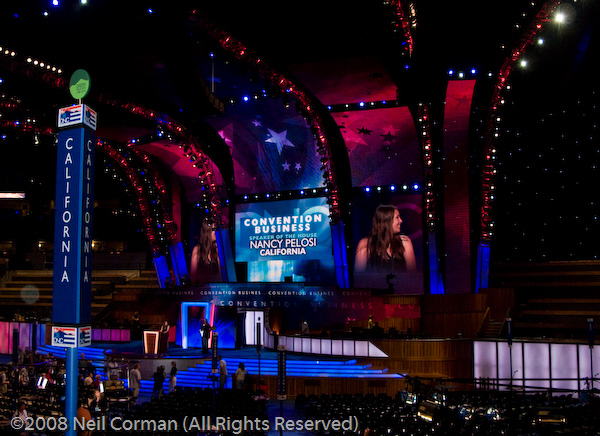 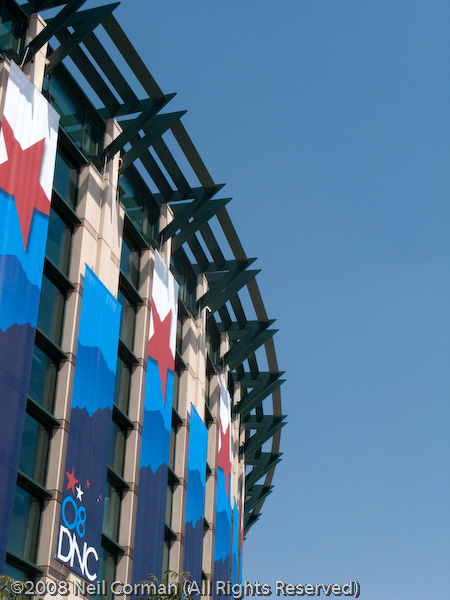 As I was leaving some protesters were finding a good location. Here a couple of people have a debate about the issue. The protester was in a zone (private property) which was not allowed and asked to go to the sidewalk to demonstrate. It should be interesting when a full palate of protesters show up next week. 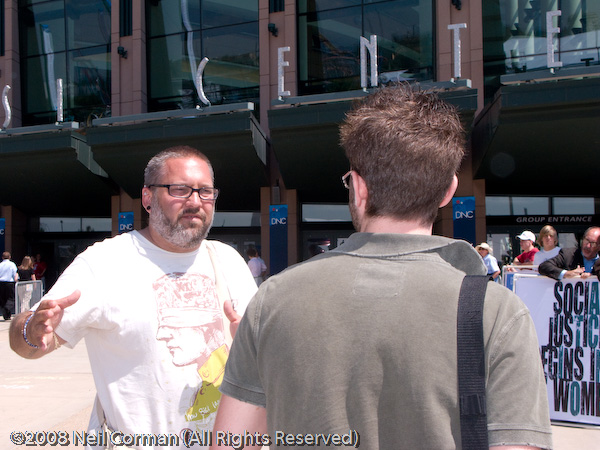 Check back over the next few days for some additional photos during the DNC.

This weekend in China the Games of the XXIX Olympiad will begin.  For the past few weeks we have been hearing about some of the athletes from the US.  These include Michael Phelps and his quest for 8 medals, Dara Torres at the age of 40 participating in the 50 meter freestyle, the US Mens Basketball team and countless others in the 35 disciplines.  Each Olympics one event surprises and becomes of interest to people in the US.  This was curling in 2002, who knows what it could be this year.

While we watch from home on the networks of NBC Universal , either on television on online we will be able to see the events develop and learn about some of the stories of the many athletes over two weeks.  In addition to the NBC Universal coverage many other outlets will send reporters and photographers to the event.  One such individual is photographer Rod Mar of the Seattle Times .  Recently in his blog he listed all of the photographic equipment he will be taking to Beijing .  This list of equipment may seem like overkill, but keep in mind based on the event he is photographing he may be able to set up remote cameras to capture different angles.  It will be interesting to see the images he captures over the next couple of weeks and the blog entries he adds from Beijing.

Is there any event or athlete you are looking forward to in the Olympics?