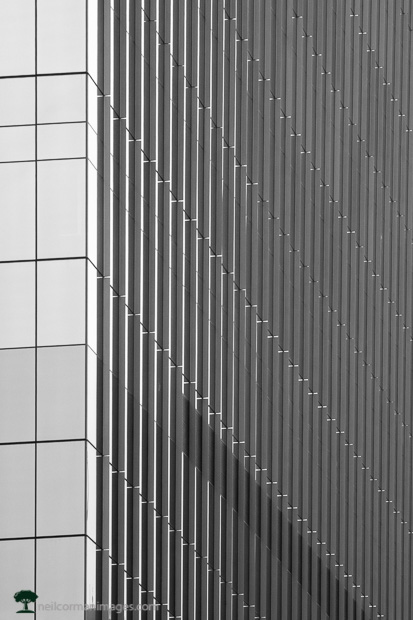 One of the newest buildings in the downtown Denver area is Block 162. This thirty story office building sits across from the Hyatt and not too far from the Colorado Convention Center. When looking at the building straight on you see into the building through the glass wall. However when viewing this from an angle the lines of the exterior wall tell a different story on the exterior facade as seen here. 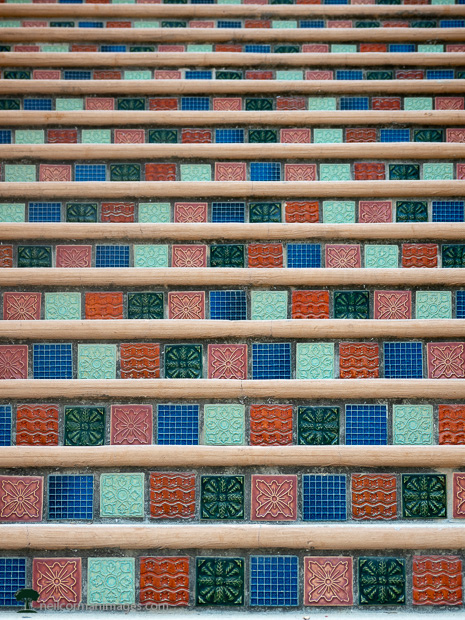 Walking through the University of California Santa Barbara campus there is an interesting mix of modern architecture but also architecture with a Spanish influence. The tile steps in Santa Barbara which I came across in the city center as well as on campus provided many opportunities to capture with my camera. This is a set of steps which led up to the second floor of a building. The challenge here was to find the right angle for the scene in which there is not the immediate identification of the steps, but more so the tiles used to highlight the scene. By only bringing in the steps themselves and not the first or second floor, I feel that I accomplished what I wanted the viewer to see in this photograph.