With photography the main topic of this blog you probably think I will talk about bracketing as a method of taking multiple photographs of the same scene to ensure at least one image has the correct exposure. Most weeks you would be correct, however we are in the four day window where many people across the United States are filling in their NCAA Mens Basketball Tournament brackets for fun, office pools or trips to Nevada. With the exception of those years when Christmas occurs in the middle of the week, this is probably one of the least productive weeks in the workplace.

As people are filling out their tournament brackets on paper or online, there will be a lot of questions and tough decisions for them to make. Some of the questions include where is Siena located and why are they in the tournament, how come South Alabama is playing in Birmingham if they are not a top four seed in their region, will George Mason be the same team of 2006 when they made it to the Final Four, why isn’t there this much excitement for the Frozen Four, and of course will Arizona beat West Virginia just to name a few. So get those pencils or the mouse ready and make those picks by Thursday, and if you were wondering I am thinking a west coast team will take the title this year which is not one of the picks of the many commentators breaking down the brackets. UCLA, Arizona… nope. Think the school where Jim Harbaugh is the football coach, and their mascot is a tree. Do you have a different thought on who will win?

Oh and in case you were wondering where Siena (Loudonville, N.Y.) or any other team is located, take a look at the following map.

As I look out the window right now it seems to be getting cold enough so the rain currently falling is now switching over to snow. For this storm they are predicting about five to ten inches of snow here in the Denver metro area by the time it moves out on Monday afternoon.

Looking at my schedule I am hoping to find some time to get out and photograph in the snow tomorrow, but this evening I was looking through some of the images I took during the last snow a couple of weeks ago and thought I would share another one with you. With tomorrow being the start of the work week, more people will be out in the elements whether it is going to work, walking the dog or any of the other activities which must go on.

Tucked away in boxes at my parents house sit some of the baseball cards I collected while growing up. While 99% of the cards could be worth to a recycling facility than to a collector they all tell a story about my youth. I remember looking at some of the cards and wondering about everything which went into the production of the cards. Gene Wojciechowski recently wrote a column about Gregg Forwerck a photographer for Topps. While it doesn’t get into the details of the photographing process, it is interesting to learn about the photographer, his backgrounds and some of what he has come across in his 19 years of being the “Annie Leibovitz of sports trading card photographers”.

Here is an article I found about picture day at Giants spring training in 2006, while it is from two seasons ago it is still interesting to see what happens during photo day.

Also for those keeping track, 15 days until opening day for the White Sox.

This past Friday evening I headed to Phoenix with a friend I’ve known since I was 10 for the First Friday Art Detour as well as a party he knew of nearby. After crashing at a friend of his house we headed back to Tucson for the Saturday afternoon baseball game. On the drive back we had some time, so Mark suggested stopping at the ostrich farm in the shadows of Picacho Peak. I recall when at the University of Arizona this being added, but I had never stopped. 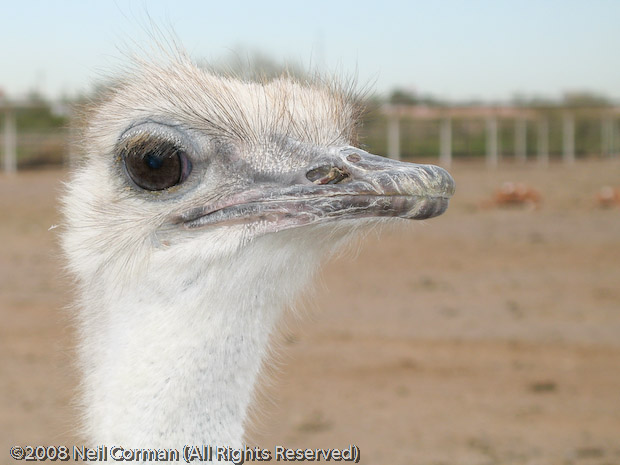 This past weekend I headed to Tucson to watch some spring training games featuring the Chicago White Sox. While on Friday they got crushed by the Arizona Diamondbacks, it was a split squad game featuring mostly players who will not be on the opening day squad. On Saturday it was a better outcome with them winning the game over the San Francisco Giants. The below image is one I took of Matt Thornton warming up in the bullpen, prior to being asked not to lean on the fence as well as place the camera over the fence to obtain additional images of the warm-ups. A few minutes after this image was taken he did enter the to pitch a scoreless inning.

With the White Sox wanting to move to Phoenix, there could be only a few years left of spring baseball in Tucson. I recommend checking out a game for one of the three teams in the area if you get the chance. 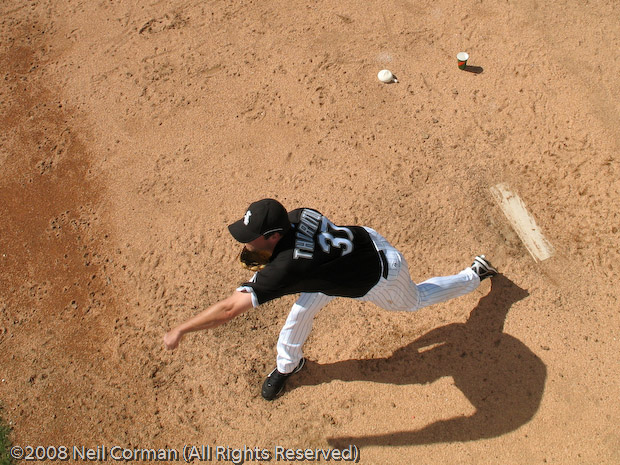 The snow has been falling this season giving some good skiing and boarding this year, however if you are thinking about entering the amateur photo contest held by Loveland ski area… photographer beware. As stated in the terms of the contest…

This seems quite reaching and was posted as a warning today on the blog Photo Attorney. Sure it is nice to enter a contest and possibly win, but you should always read the terms to find out just what you are giving up by entering. With that in mind, what do you win?

As I mentioned yesterday it was a record high temperature in Denver at 74 degrees. Sunday morning I woke up with the wind howling against my house and upon looking outside snow. While most of the snowfall had ended by the afternoon, I ventured out to Washington Park for a walk around the main loop with my camera. A few people were out jogging in the elements, and I found out the walk back to the north end of the park was a little brutal when the wind would gust. The following image was captured during the afternoon, and I decided to convert it to a style which would tell the story of a snowy Sunday. 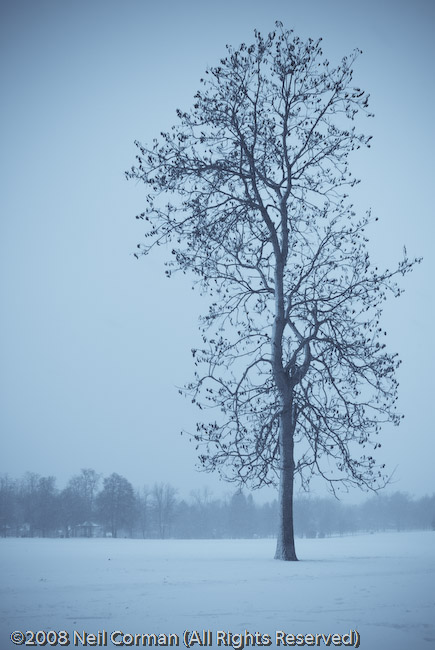