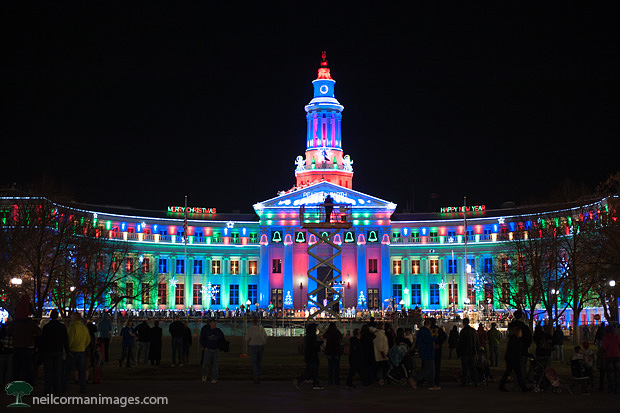 Each year in downtown Denver the Parade of Lights starts at the City and County of Denver Building and winds through the streets of downtown for two miles.  This year the weather was quite nice for this event and I made my way to Civic Center Park as the lights on the building were turned on at the start of the parade.  I then walked the parade route which was packed and found a spot towards the end to watch some of the parade itself.  The Parade of Lights is a great way to mark the end of Thirty Days 2012 for Day 30.

Starting on Monday you will be able to vote for your favorite images during Thirty Days 2012, and a chance to win a matted print. 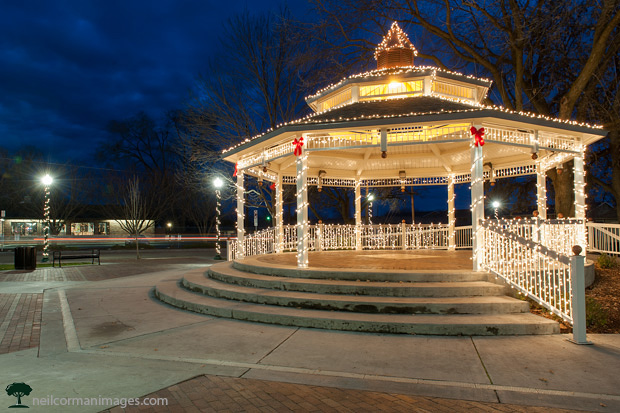 The holidays are quickly approaching and downtown Eagle, Idaho is decked out in lights for the season.  Just at dusk I passed by Heritage Park with some of the clouds which are starting to move in with a weather system.  This quickly growing town just outside of Boise won’t get snow to add to their decorations with this storm but main street is ready for when that happens with their festive decorations for Day 29 of Thirty Days 2012. 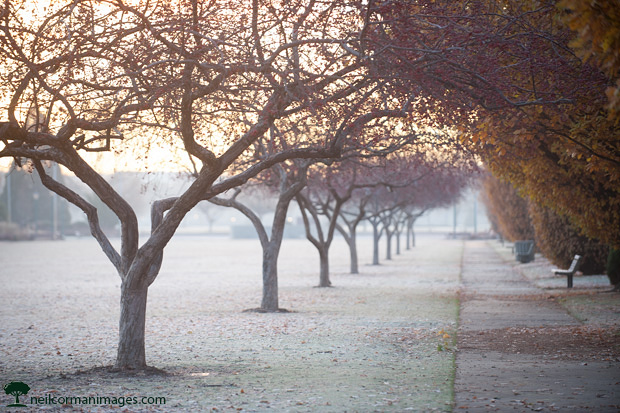 Frost was on the grass and a little sheet of ice was on some of the ponds in Ann Morrison Park this morning.  Right when you enter the park from the west there is a nicely manicured lawn which caught my eye with the frost still on the grass. Walking down the path, I noticed the lines of the trees with the walk for the picture for Day 28 of Thirty Days. 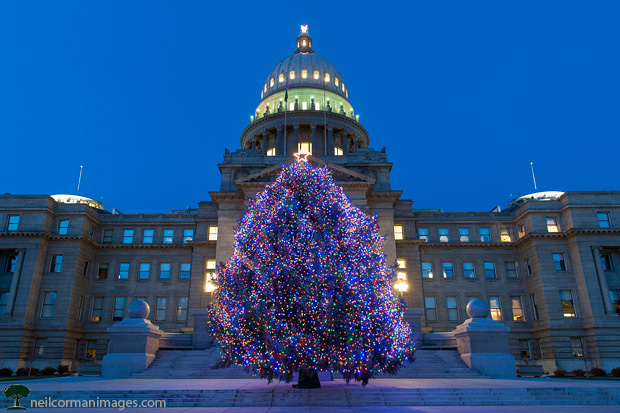 Last evening the Idaho State Christmas Tree was lit for the season.  Today on Day 27 of Thirty Days 2012 I headed out to photograph the tree at the state capitol. The tree is a fifty year old blue spruce which was donated by a resident of Boise. 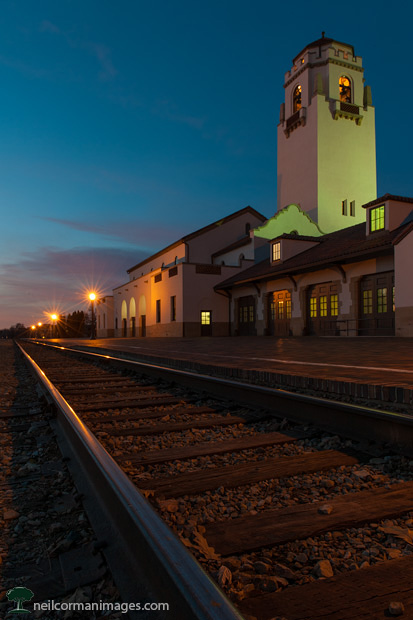 Located down the street (well about a mile) from the Idaho state capitol building, the Boise Depot served as the train station for the City of Boise until 1997 when the last Amtrak train rolled through town.  Now the building, listed on the National Register of Historic Places, is part of the Boise Parks and Recreation Department.  Perched above the river it overs a great view of the city and mountains in the distance.  This evening I photographed the building from the train tracks which is the image for Day 26 of Thirty Days 2012.