On a snowy spring evening in 2010, I captured the following image of Union Station in Denver. 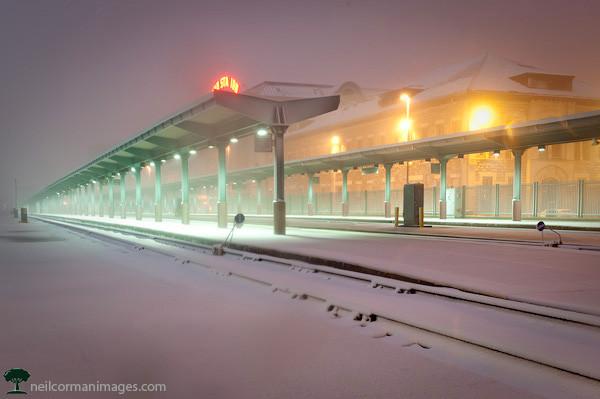 Shortly after this image was taken the redevelopment of Union Station started with the dismantling of the platforms one of the first steps in the process. 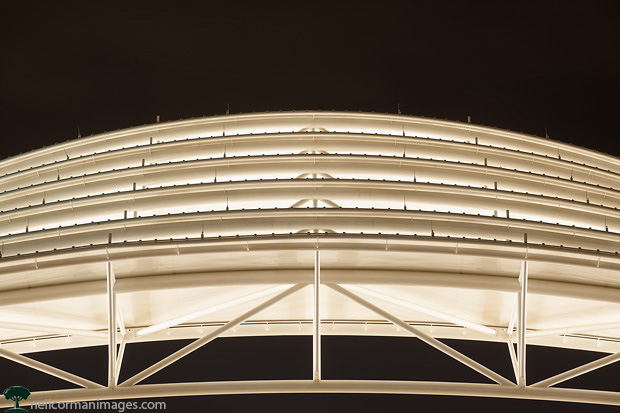 For approximately the same location I took the above images, it is quite different today. With the completion of the five story building along “Block A” the view from 16th Street towards Union Station is blocked by some of the new vertical construction. 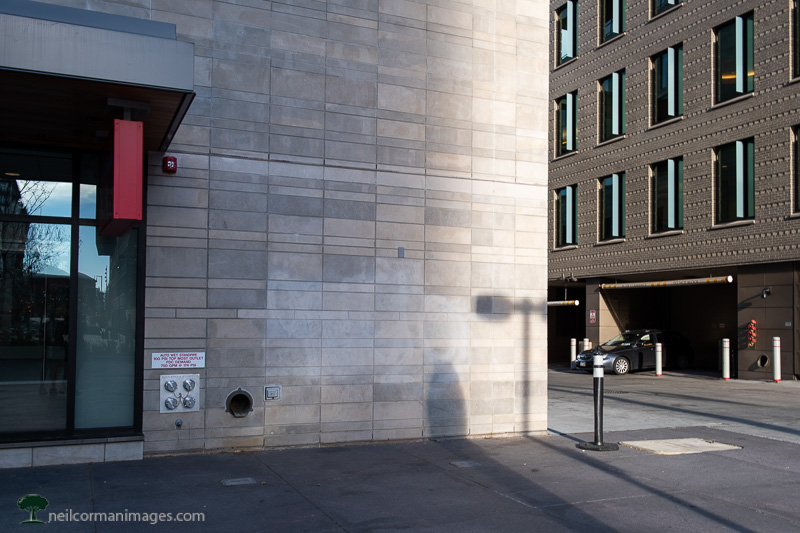 Even though the view has changed from 16th Street in the past 9 years, the area as a whole is filled with more opportunities to capture the urban landscape around Union Station. Over the years I have been able to capture some of these changes and continue to find more different views each time I head through the area. 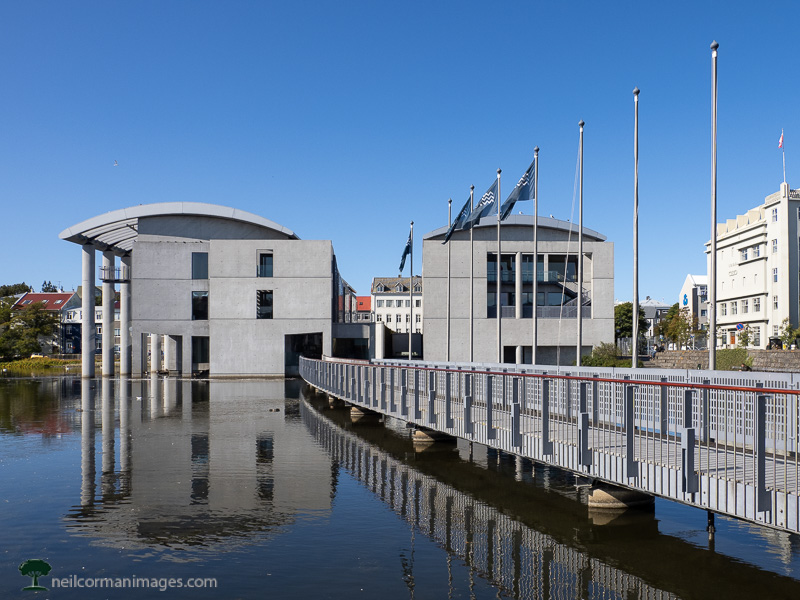 Located along (and in) the City Pond, the Town Hall of Reykjavik is a modern building with lines with draw you into the building itself. From the west you enter the building over a slightly curving path over the water which on many days will give you time to check out the many birds which spend time in the pond.The building is open to the public and features a large 3D map of Iceland which you can view in the lower level of the building. 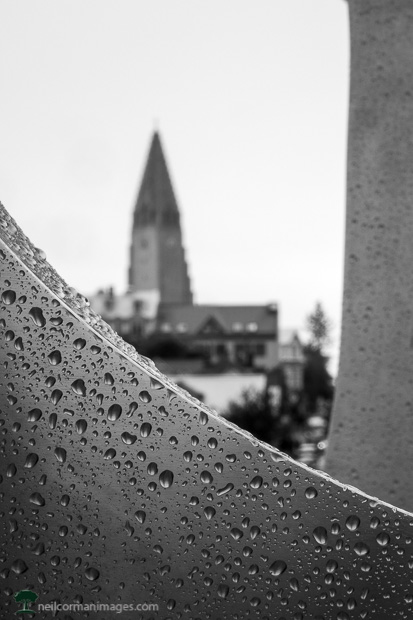 On a rainy day I explored along the waterfront in Reykjavik spending some time photographing the Sun Voyager sculpture. On this day it was a little less crowded which allowed me to get closer and spend more time at the sculpture. As I started to looking back towards the city I noticed how Hallgrímskirkja was visible up the hill. Once I noticed this I spent time photographing the two of them together which with the rain allowed me to focus on the rain drops on the Sun Voyager as the church fell slightly out of focus in the distance.

Prints: Through the Sun Voyager 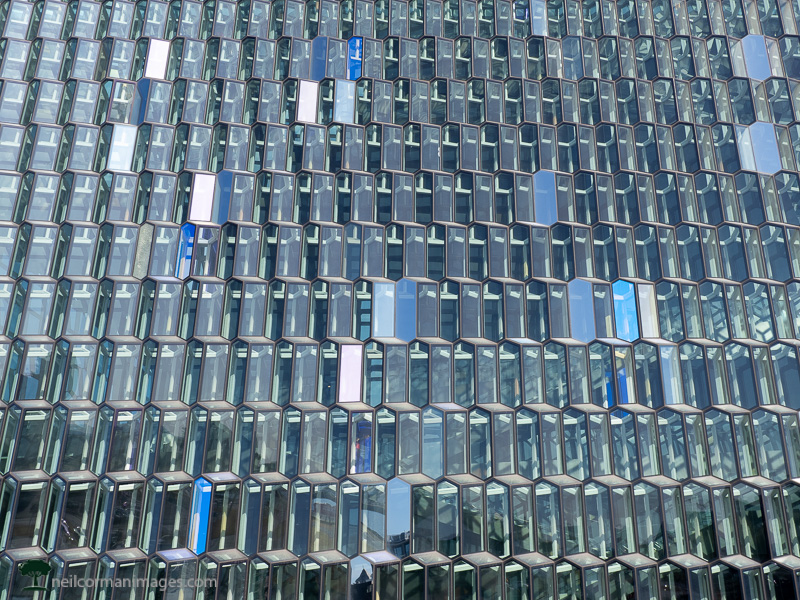 The times I have stood in front of Harpa it never is the same. As the environmental elements change so does the appearance of the building where if you were to take this same image over multiple days you would get a differing result. For a while I stood in this location and watched it change as the sun went behind the clouds on this early September day. With Reykjavik also being so far north the position of the sun changes drastically over the course of the year as well which also provides differing directions of shadows from the light.

Prints: The Front of Harpa 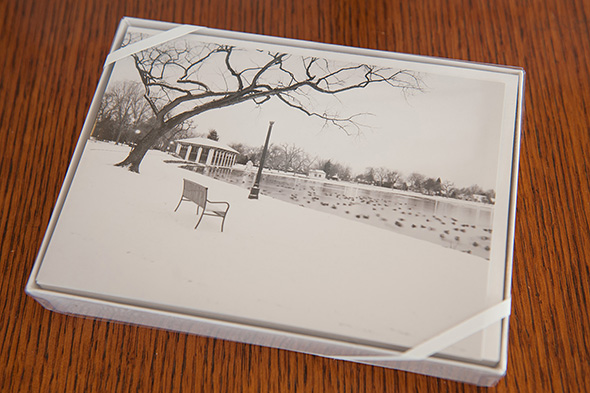 The Holidays this year are quickly approaching, and with under four weeks between Thanksgiving and Christmas the shopping season will move quite quickly. From Washington Park, City Park, Downtown Denver and other locations in the Denver metro area Neil Corman Photography offers holiday cards featuring local Denver scenes to help celebrating the season. 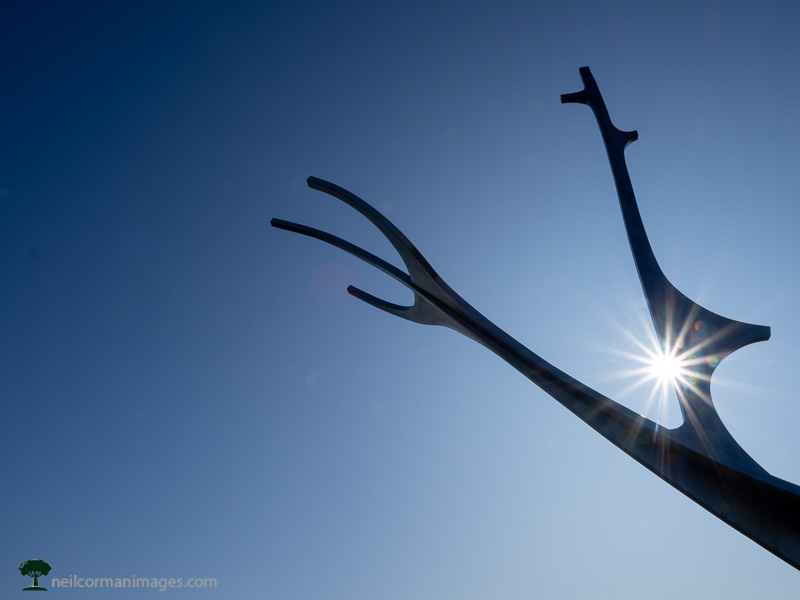 The Sun Voyager sculpture sits along the water in Reykjavik, Iceland. The sculpture by sculpture by Jón Gunnar Árnason is described as an ode to the sun. Playing off of this name when I found myself there on an early morning I decided to bring the sun into the photograph. Finding a nice composition was the task at hand which I could then position myself to include the sun into the scene as well. By using a small depth of field (f/22) and placing the sun right at the end of the sculpture it provides the star effect in the image and also helps eliminate some of the sun glare. 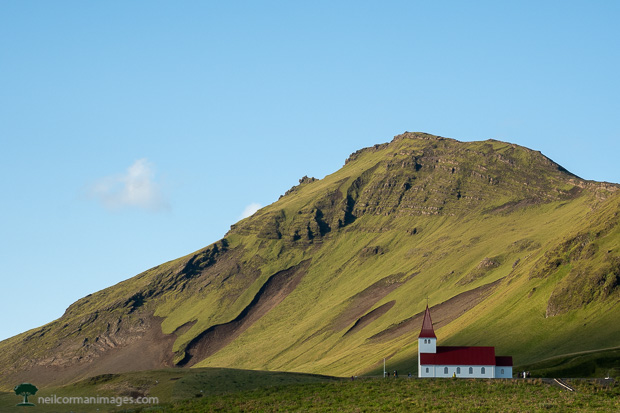 Sitting above the majority of the village of Vik is their church. Vik is the southernmost point in Iceland and is located just over a hundred miles from Reykjavik. As the church is on a hill, it is the safe location to go to if there is an eruption of Kalta. This volcano sits below a glacier which would melt and generate flooding in a short period of time along the coast. From the black sand beach I found this image of the church against the higher mountains of the area. 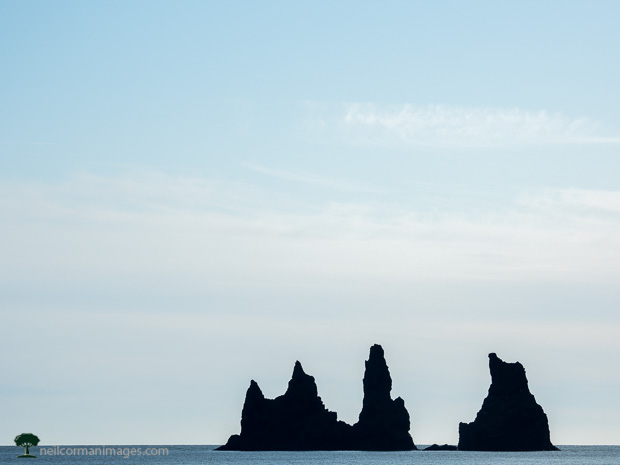 While photographing from the beach in Vik, some stacks from the sea caught my eye. From my position the sun was behind the stacks thus I opted to get creative with my image. I found a spot which showed the stacks well and let them go to shadow as I also zoomed out a little to capture a large portion of sky. What this did is let the stacks position themselves into the right bottom of the frame and give plenty of negative or open space in the image allowing a minimal composition.